I might be the last person to get the memo re: board games – but I’m there. Memo received.

I’ve recently been introduced to the very fun, challenging and co-operative world of gaming.

I was eased in with a simple 2 player tile game called Patchwork. Amy was able to explain this game to me while we played. I was then introduced to a hilarious drawing game called Looney Quest. In a nutshell, you draw blindly on a clear piece of plastic and cross your fingers that when you place it on the game piece – you didn’t draw on top of a bomb. Next came a quick and easy card game called Colorfox. I LOVED this game – because there is a winner. And I won.

I was then thrown to the deep end with a “cooperative game of terror and adventure” called Eldritch Horror. My pal Matt actually said the following to me – “we’ll need a bowl for the monsters”. Uuuhhh… OK.

Since starting to play – I’m in love. I was so excited when Heroes’ Beacon invited me to drop by and check out their shop on Charlotte Street. I was even more excited when they told me about their giveaway… Can I enter this one?

I asked Chris and Steve to suggest games that might appeal to a first or early “gamer” and this is what they came up with (with a few choice sentences about each from Boardgame Geek). 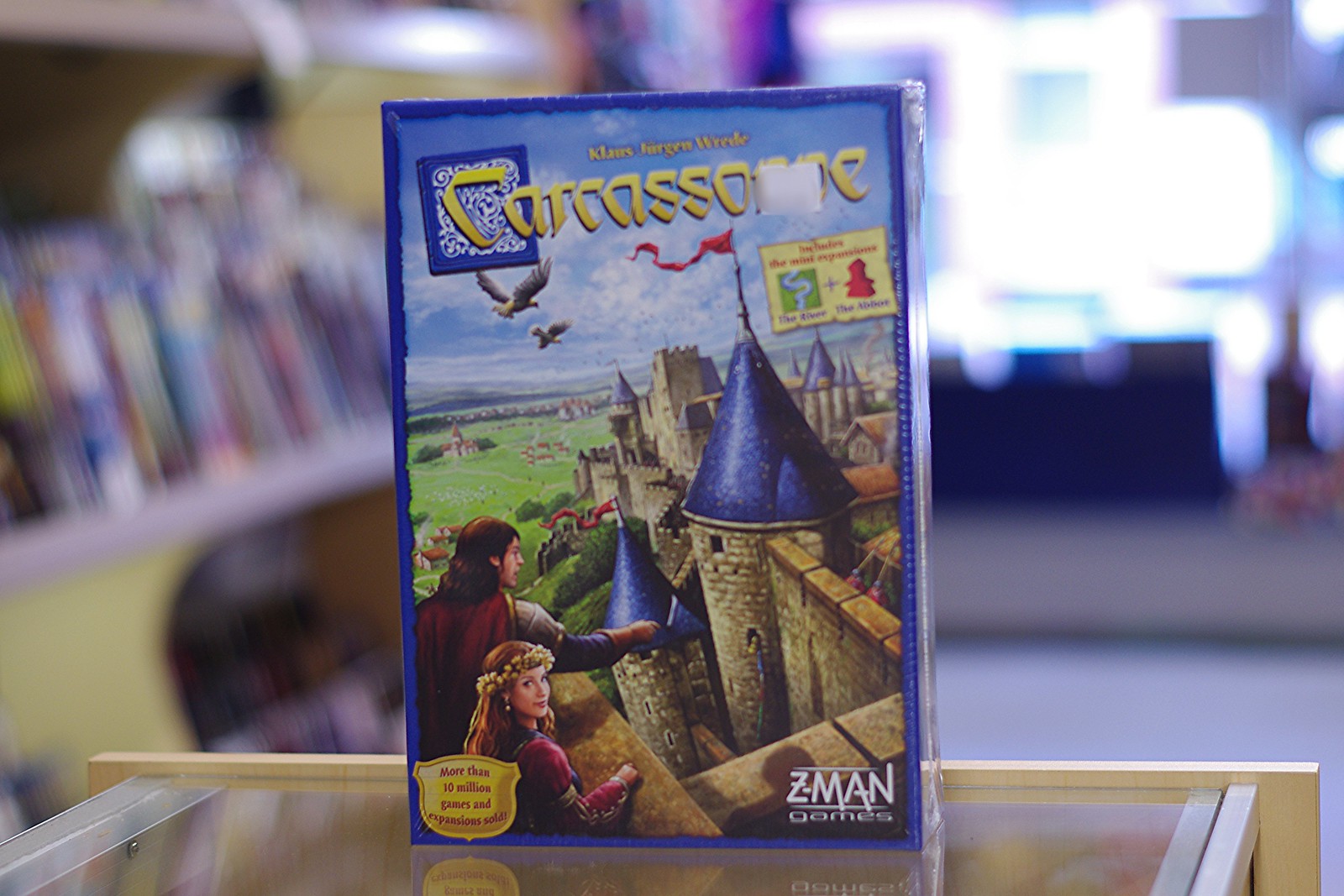 Carcassonne is a tile-placement game in which the players draw and place a tile with a piece of southern French landscape on it. The tile might feature a city, a road, a cloister, grassland or some combination thereof, and it must be placed adjacent to tiles that have already been played, in such a way that cities are connected to cities, roads to roads … 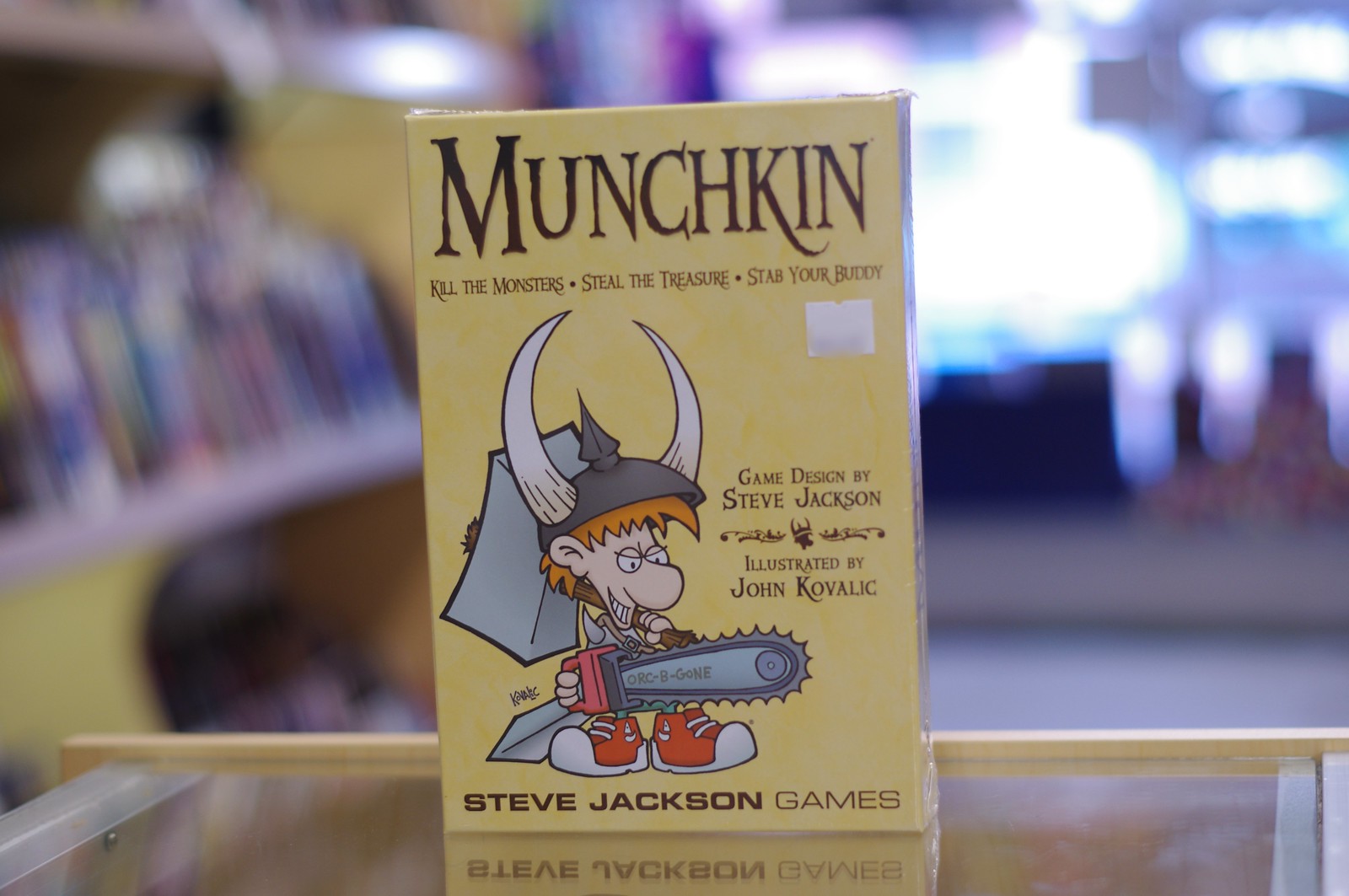 Munchkin – Go down in the dungeon. Kill everything you meet. Back-stab your friends and steal their stuff. Grab the treasure and run. 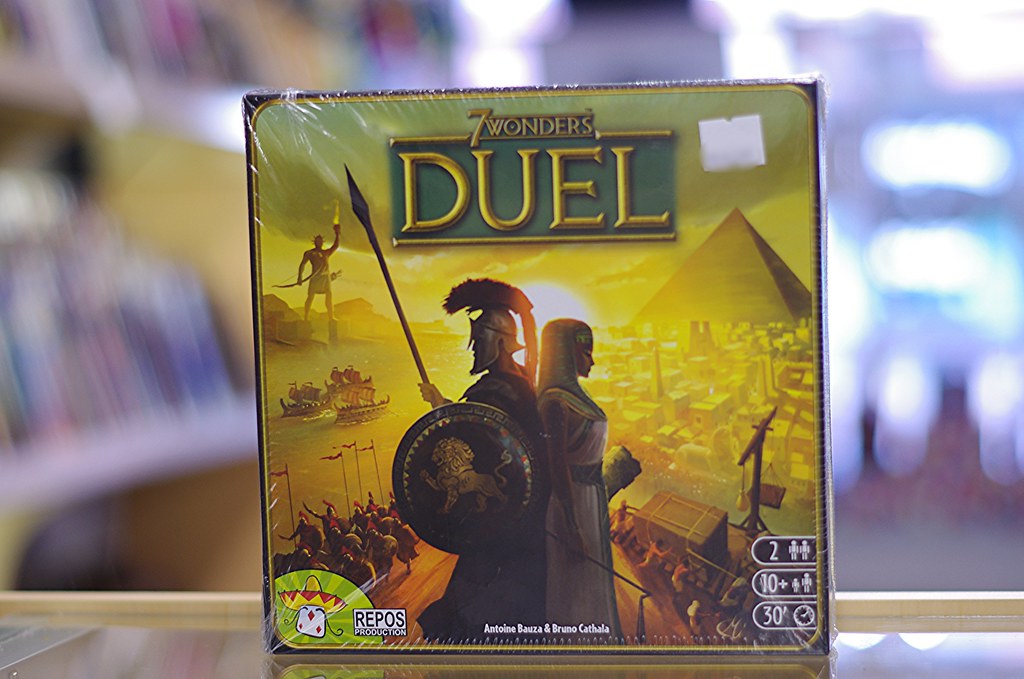 7 Wonders Duel – Over three ages players acquire cards that provide resources or advance their military or scientific development in order to develop a civilization and complete wonders. 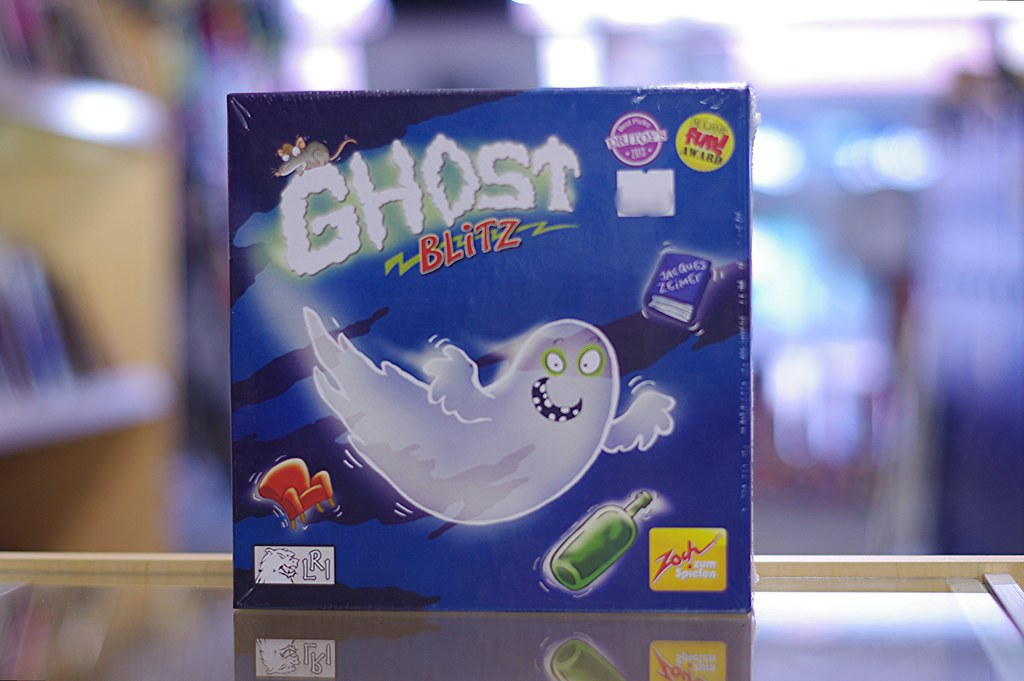 In Ghost Blitz, five wooden items sit on the table waiting to be caught: a white ghost, a green bottle, a cute grey mouse, a blue book, and a comfortable red chair. Each card in the deck shows pictures of two objects, with one or both objects colored the wrong way. With all players playing at the same time, someone reveals a card, then players grab for the “right” object – but which object is right? 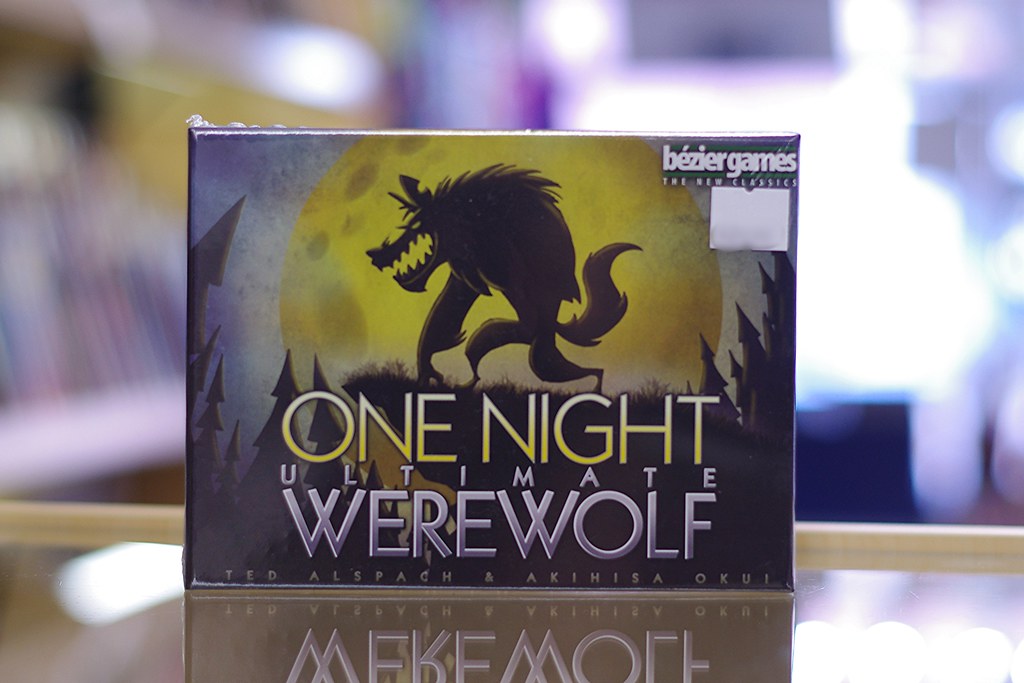 One Night Ultimate Werewolf is a fast game for 3-10 players in which everyone gets a role: One of the Werewolves, a Troublemaker, the helpful Seer, or one of a dozen different characters, each with a special ability. In the course of a single morning, your village will decide who is a werewolf….

**I have played this game a number of times over the past month or so and it’s HILARIOUS. I would recommend it to anyone heading to a friends house over the holidays that needs a hostess gift! 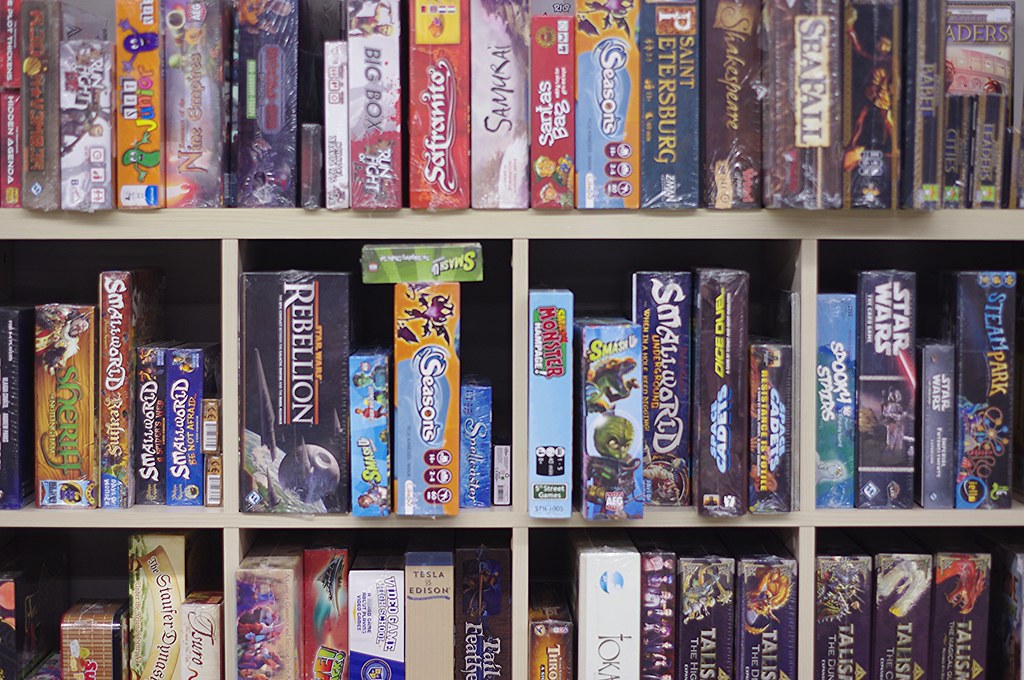 Heroes’ Beacon has a HUGE selection of games available for purchase. I highly recommend you drop by to check them out. The guys have n problem talking your ear off about games to play for different occasions or ways to add to games you already play… (I had no idea so many expansion packs exist!) 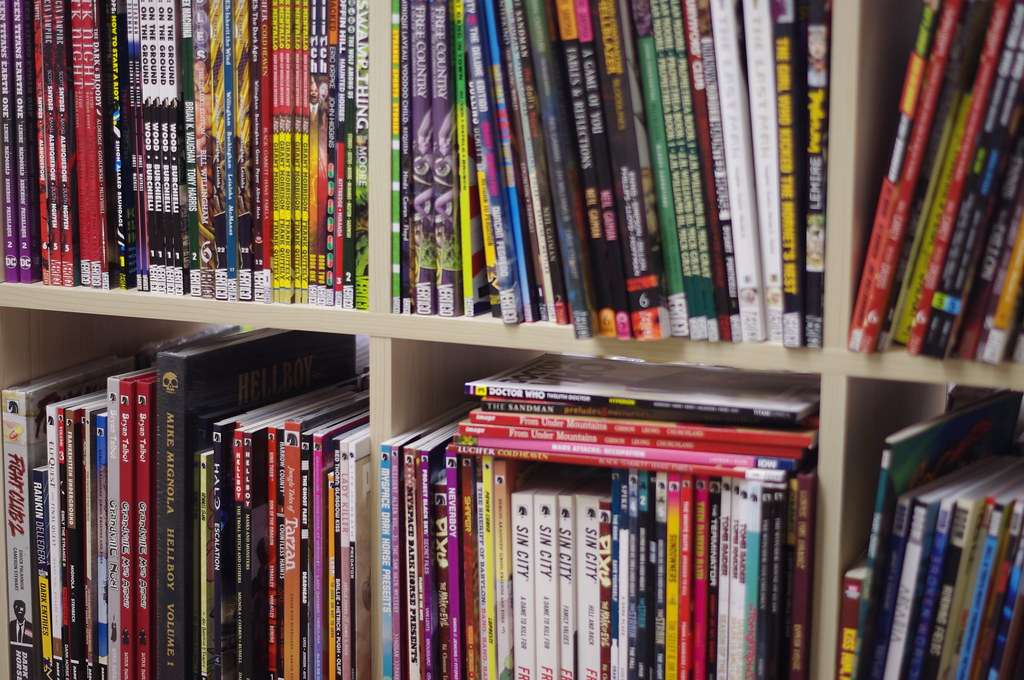 I addition to board games, Heroes’ Beacon has a large collection of graphic novels and comics! 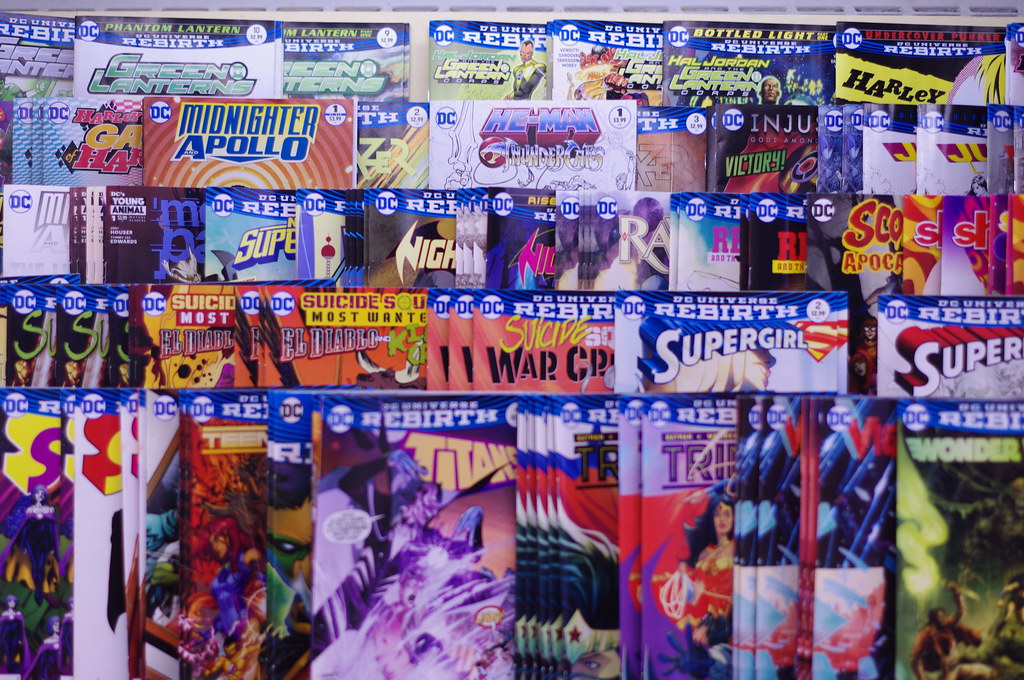 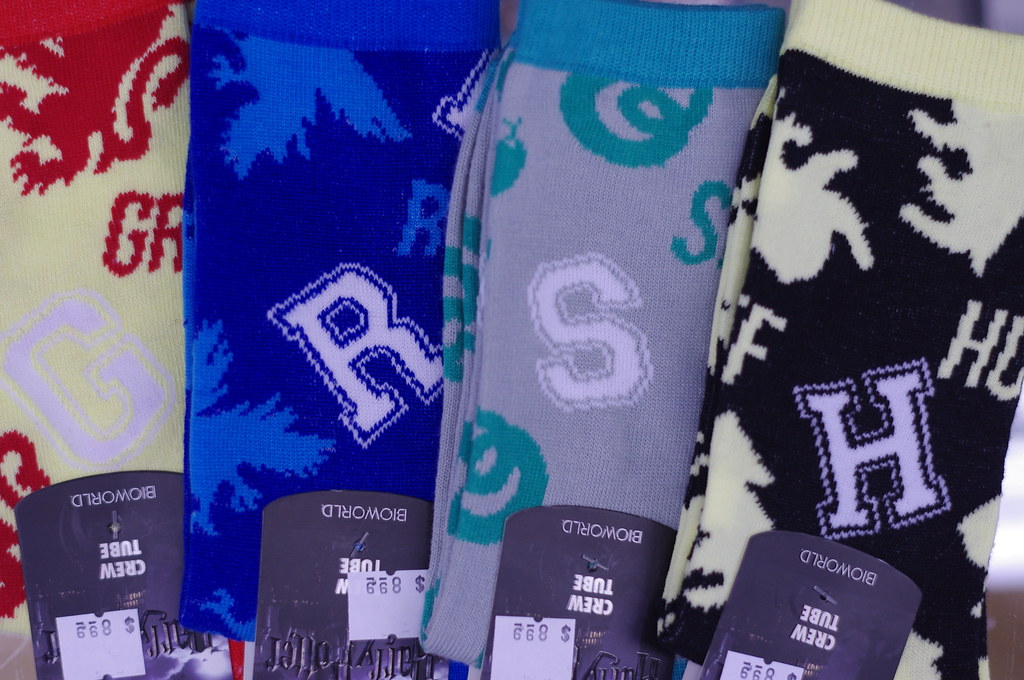 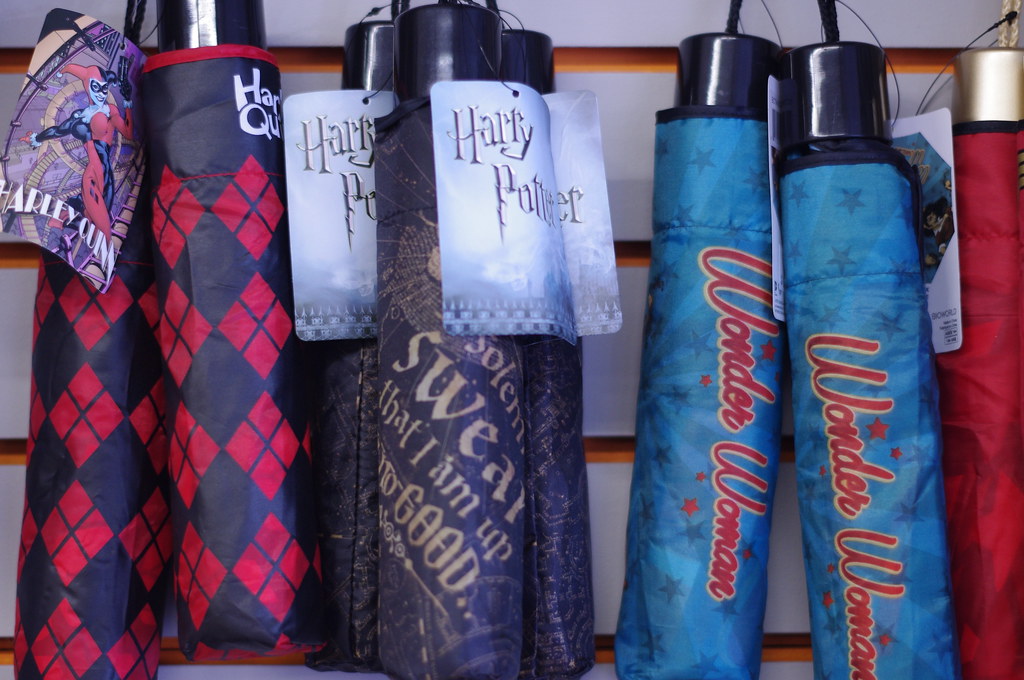 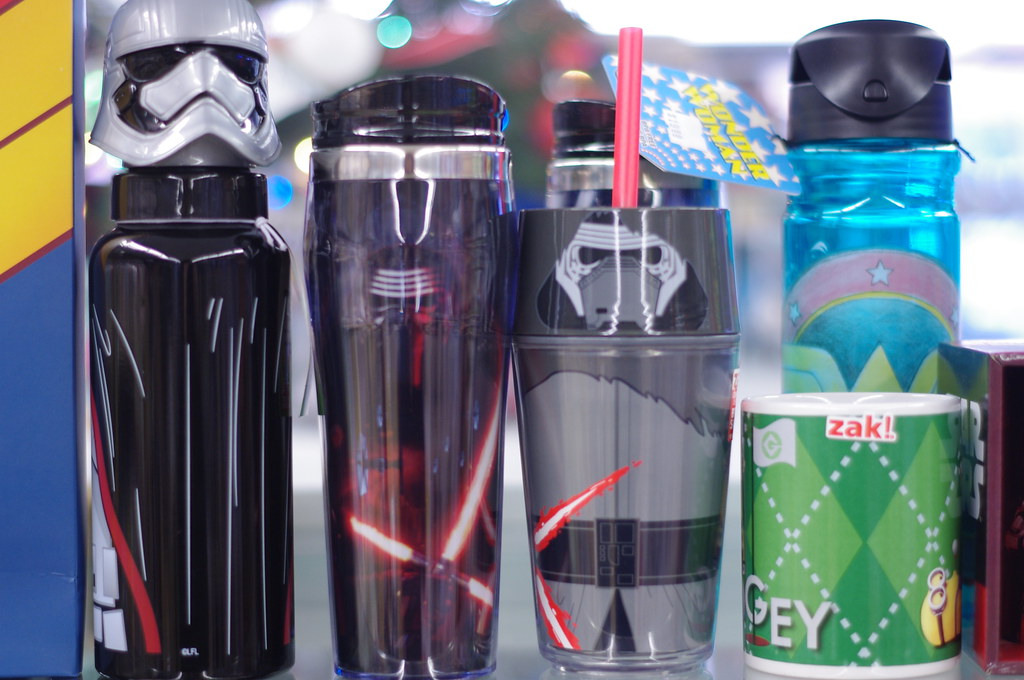 The giveaway that Heroes’ Beacon has offered is FUN. A Family Game night complete with Ticket to Ride, snacks and a fun card game!