This very special show is the only show you need to see this summer!

The very best in live music and stand up comedy all in one special show!

WITH AUTHENTIC COSTUMING, THE LOOK, THE SOUND, AND ALL OF THE CRAZY ANTICS OF ANGUS YOUNG, HELLS/BELLS IS TOTAL ENERGY, ABSOLUTE ADRENALINE – THE MOST COMPLETE PARTY EXPERIENCE ACCLAIMED ACROSS THE UNITED STATES, HONDURAS, MEXICO, TRINIDAD, AND EUROPE BY MANY DIE-HARD FANS.

HEAR ALL THE HITS OF BOTH SINGERS, BON SCOTT & BRIAN JOHNSON.

IF YOU CAN’T HAVE AC/DC, GET THE NEXT BEST THING…

FEEL THE THUNDER…THE POWER OF AC/DC…

FOR THOSE ABOUT TO ROCK

Every cent raised will go to the Red Cross. Steven Barnes is donating his time and club for the evening. James Mullinger is devoting his time and efforts. All performing are working for free. Every cent you spend on a ticket goes to help victims of the awful flooding.

Bryan O’Gorman is a professional weirdo who has headlined comedy shows in dozens of countries including England, Australia, Germany, Singapore, Switzerland, Croatia, Serbia, Czech Republic and the USA to name nine. This year he plans on playing in every country on earth, plus the moon (if the spaceship he’s building works).

This past January, Bryan’s second album opened at number one on iTunes comedy charts and remained there for several hours. A live performer since childhood, this joke of a man honed his stand up skills in the legendary Toronto comedy scene and has refined them on stages throughout the galaxy. Catch him now before he dies in a feeble attempt to make it to the moon in a homemade rocket. Of his many credits, a few include being featured on MTV, Much Music, The Comedy Network, Sirius-XM Radio, The Edinburgh Fringe Festival,The Melbourne Comedy Festival, Just for Laughs, National Lampoon Radio, the Montreaux comedy festival and the CBC.

Over the past two years, Comedy in Saint John has become a staple in our extracurricular activities.

What are you doing this weekend? Probably heading out to a Shane Ogden event, a Mark Burnett event, an Improv show at the theatre company, No Jokes Barred with Jon forward … or any other gig that James Mullinger might be billed to.

Steven Barnes announced earlier this year that Yuk Yuks would be coming to Saint John and opening in the Bustin’s Building off Grannan Lane. Cue the excitement. 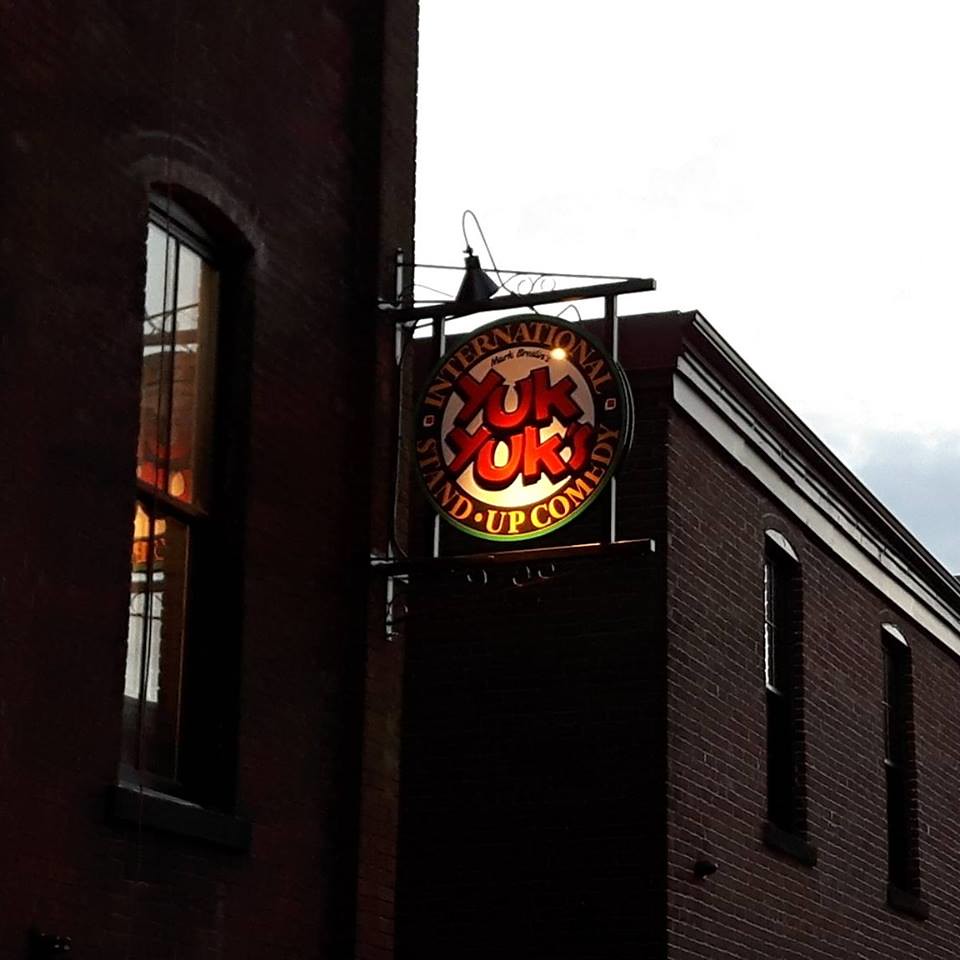 The 225 seat venue is opening in the basement level of the Bustin’s Building. It will be accessible off of Grannan Lane and – get this – from both Italian by Night and Five & Dime.

Opening weekend has been announced as January 19th to 21st with non other than headliner James Mullinger!

Tickets are available here and are selling fast!

Of course – Steve has offered two tickets* to the show opening weekend for #30in30 followers. Seems like a sweet VIP experience to me!

*The fine print – the shows are uncensored and 19+ so keep that in mind when entering below!