Cathedral of the Immaculate Conception

The Diocese of Saint John, New Brunswick is the seventh oldest Roman Catholic Diocese in Canada. It was established on September 30, 1842, by Pope Gregory XVI, when New Brunswick was detached from the Diocese of Charlottetown, Prince Edward Island. Irish-born Father William Dollard, who had spent twenty-five years as a missionary in New Brunswick and Cape Breton, was named its first Bishop. The Diocese originally embraced the entire Province of New Brunswick, and the Episcopal Seat was in Fredericton, the Province’s Capital, for a short time before it was established in Saint John. In 1860 the Diocese was divided in two, with the newly established Diocese of Chatham occupying the north, and the Diocese of Saint John, the south. Subsequent divisions and amalgamations followed, and today there are four Sees in the Province of New Brunswick: Moncton, Bathurst, Edmundston and Saint John.
If you’re hoping to visit the Cathedral, be sure to stop by the restoration centre across the street! 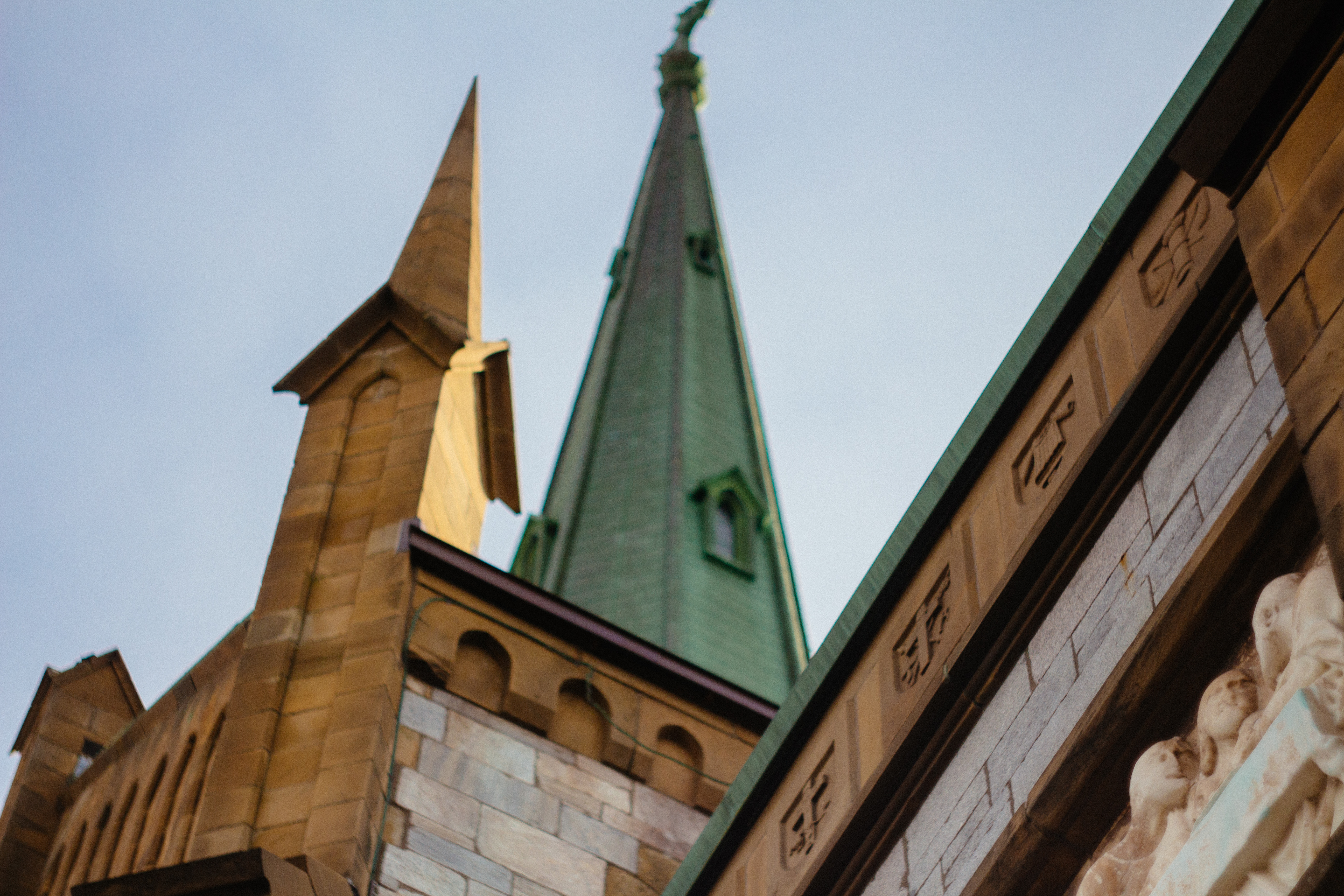